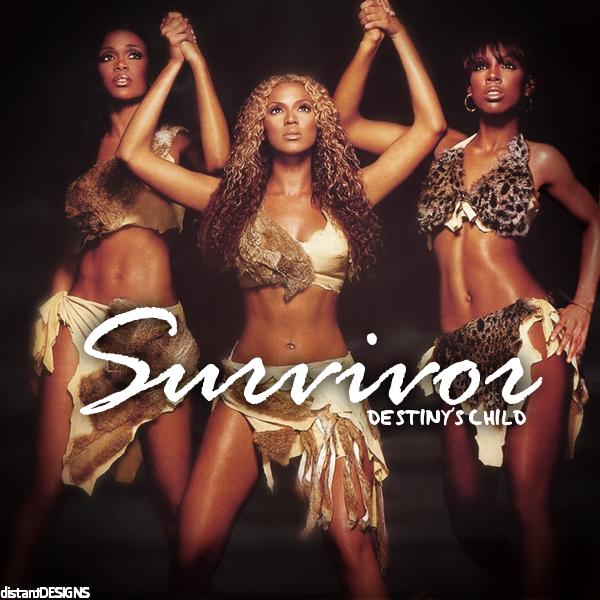 To start todays summary of news and issues that surfaced since the last update with a positive touch, I published on LinkedIn yesterday:

This is the perfect time to open the new BER!
No passengers, no trouble, no negative press…
And the opportunity for a “soft opening”.
And Angela Merkel still German chancellor…

Referring to a Google translated 2015 article by German satire site Postillon24: Archeologists discover historic ruins of unprecedented proportions in the South of Berlin… As I had mentioned before, it is quite interesting to watch and listen to time line assumptions by politicians, experts and fellow colleagues and friends. Just a few facts.

In the AviaDev webinar this week, the speakers discussed about recovery by summer, quick recovery and that business must get back to usual quickly. Sorry, in my opinion that already is highly unlikely. We must prepare for worst-case scenarios and shelve such wishful thinking! In the Air Transport World webinar, the speakers and the audience considered 2 years to recover as a reasonable assumption. Only 5% expect a recovery within a year. The eternal optimists?

Kristalina Georgieva, head of the IMF, expects the worst crisis since the Great Depression 1929/30 (ninety years ago). Even in the best-case scenario, the IMF expects only a “partial recovery” next year, assuming the virus fades later in 2020, allowing normal business to resume as the lockdowns imposed to contain its spread are lifted. But she also added : “It could get worse.”

Are we ready for such scenarios? Think positive, but stay realistic and plan for the worst case.

Considering the ongoing belittling of our politicos, reading about Kristalina Georgieva’s warning, speaking to my mother about war/post-war recovery, I am concerned about logistics & supply chains. While I thought – from the media and politcos information that the logistics are in good shape, why do German and Spanish farmers warn about major harvest losses? Their products rotting on the fields, as foreign harvest hands are missing in great numbers. Germany now allowed 80,000 helpers being flown in from Romania.
Spain usually relies on Moroccan helpers – the ones in the country suddenly stuck, unable to return home – Ramadan usually the time they spend with there families. Why are basic supplies like soap, toilet paper, kitchen paper rolls, flour, but even milk not available? I have tons of pictures I’ve sent my wife showing the empty shelves. Not even talking about basic protection items such as face-masks or disinfection fluid.
Then they discuss masks as a requirement, but experts say Germany would then need 40 million masks. Daily. Cognitive dissonance! Truckers in the news yesterday complained that while the politicos praise them as “everyday heroes”, the loss of industrial logistics and restrictions results in an oversupply in truckers, resulting in high competition and evaporating income, causing now more and more insolvencies. But with focus to daily goods and a neglect in industrial maintenance, the interviewed trucker warned about a failure in the logistics infrastructure as well. Why does it remind me of Golgafrinchan Ark Fleet Ship B?

Coming back to my own father. He questioned 30+ years ago the increase in “managers”, improving processes, making more money than the people who produce our daily food. Maybe Corona is also a wake-up call to reconsider the essentials in life? Farmers working 24/7/365 should be better paid than a managers working 9-5, five days a week. Nurses should be paid that they can live well. Or as I questioned frequently for years: We must not look down to cleaners! Without them, most of the offices I know would be an absolute mess. Empty the trash can once a day? Me? I’m a “manager”… Cognitive dissonance?

As I needed to create that graph as a copy of the one about conflicting travel industry events, I’d like to address that too. I get daily several invitation to the most important webinars or podcasts to listen to experts sharing their opinion. While I find some of them realistic and useful, most of them are just reiterating common status quo, if they don’t delve into wishful thinking. What I do miss from most organizers of these webinars is a common message being transported, focus on realism, focus on risk-taking by the speakers to address how we can and should survive this situation.

On my wish list, I would have some webinars focusing on the fact that we are in this together. Not just aviation, but also beyond aviation. So far, there is still a lot of silo thinking. Within aviation too. Webinars for airports, airlines, aircraft makers and investors, …

Another wish would be think about a topic and the message you want to transport. Having done my share in public speeches and having been honorary member of the ITB travel technology congress’ editorial team , I’ve always followed two rules. What is the information we want to transport, the message? How can I make sure not to summarize what others say, but what is the added value I bring to the audience.

Six people, one hour. 12 minutes max. Usually 8-10 squeezed into two or even three questions rounds, so about two to three minutes to convey information. And in a congress, I learned to get in touch with the other speakers to make sure I don’t repeat what they said. Seen too many events I didn’t go to again, where they ignored those rules. #whatsyourusp and why should I take my time and listen to you? Sometimes, less is more. I am utterly grateful to be invited into the one or other phone conference. While I do love Frederico’s GIAS webinars, where I do comment quite a bit, most webinars are one-way-streets. Push-content. Questions being ignored, speakers not even responding to what questions other speakers raise. Or simply ignoring the moderator’s / organizer’s question to use the time to speak about the message they want to convey. Thanks for ignoring me, I came for the organizer’s topic, not to listen to your self-indulgence.

So on my wishlist very up top are those conference calls, instead of webinars. To allow us to share information. But also for the speakers and moderators to please stick to the topic on the agenda. And no, “How to recover from Corona” is no interesting topic any more. How can we cooperate for the common good, keyword i.e. A-CDM. What can we do while the crisis continues? How can we improve chances of survival? Shareholder value vs. startup values – like social responsibility, sustainability? Now that poll stunned me. 50% think we shall not demand sustainability developments post Corona? Why? In my clear opinion, we must increase our efforts to operate sustainable.

Travelers will increase their demands for sustainable transportation. Now we have the time to plan serious measures. Beyond greenwashing. And make the change. This poll result reflects such a short-sighted view to recover “at all cost” and shelve good developments until the public pressure forces again to do the right thing. Unbelievable!

Which Airlines will make it? Sure, on that question, I have my own opinion. And you likely know it. And it is confirmed so far in about all webinars, conference calls and discussions. Given the slow recovery and the major recession we face, we slowly have to realize that the recovery will be slow and likely taking too long for many of today’s airlines. First recovering will be core routes, on a very (s)low level. So first we will see the former high density routes. Especially, where car and rail are no option. But even Lufthansa’s recent grounding of Germanwings and further A320s only confirms the assumption that there will be fewer routes sustainable for that large aircraft. So regional airlines will be the winners.

will also start by recovering their “bread and butter”-routes. But I expect even London-New York to suffer from major passenger losses. So all major airlines shelve their large aircraft or take them for scrapping. A380, 747, 777 – the network carriers obviously do not see them to coming back to service any time soon. So to recover not only long haul, but also the reasonable feeder network will be a challenge. Looking especially at IAG and Lufthansa as big ones having strong competition by easyJet and Ryanair will have to concentrate on route viability. I actually expect them to shelve their regional services and start finally to end the animosities and cooperate with low cost airlines. Welcome back IATA Interlining?

As I keep emphasizing, I see LCC’s as a “marketing name” for regional airlines operating at high efficiency/low cost. One of their common strategies is “one aircraft type fleet”, usually the Boeing 737- or Airbus 320-families. 150-200 seats though limit the use to routes that allow that many passengers. And those LCC are used to operate in the high 80s percent load factors, Ryanair even above 90%. Less filled aircraft will require them to raise the ticket prices. And will open opportunities for regional airlines operating smaller aircraft. Allow me to mention; that’s exactly what we plan(ned) for KOLIBRI.aero… As mentioned two weeks ago, there is the reasonable question if and under what circumstances airlines shall be saved. A week later information surfaced that dear mightly, dear old Lufthansa only has reserves for about 10 weeks or 80/85 days (depending on the sources). And they grounded Germanwings for good, attributing what was long in the making now to Corona. Hypocrites, liars. My already very limited impression of Lufthansa CEO Carsten Spohr evaporated further. He couldn’t get it done because of unions and expected bad press. Now he thought he could do without bad press but failed on that attempt. Worse, the Lufthansa group employees understood that warning shot very well. Spohr stops at nothing, short of his own salary. Proven before with Air Berlin, now Germanwings suffered the same ruthless fate.

At the same time, Lufthansa tried (unsuccessfully) to distract from that bad news reporting the loss of their CFO. And started the public discussion about a government bailout, nationalizing the carrier. Which rose instant questions about the futures of Brussels Airlines, Austrian and Swiss… As the question is rather natural: Why should Germany bailout “foreign carriers”…? And while they were at it, they also announced major fleet reductions, phasing out mostly large aircraft but also smaller ones. If you ever believed in a quick recovery, you better reconsider.

And then let’s look at Lufthansa once more. German aero.de site reports Lufthansa looses € 5 million … per hour! Can we have one day their losses? We just tried on full scale of operation with +200 airplanes KOLIBRI.aero would need a fraction to survive. Though this is likely a direct result of our very different approach compared to a dinosaur like Lufthansa. It is why I personally object to bailout or nationalize the dinosaurs. All this reminds me a bit about Destiny’s Child:

I’m a Survivor, I’m gonna make it,
I will survive, Keep on survivin’ “