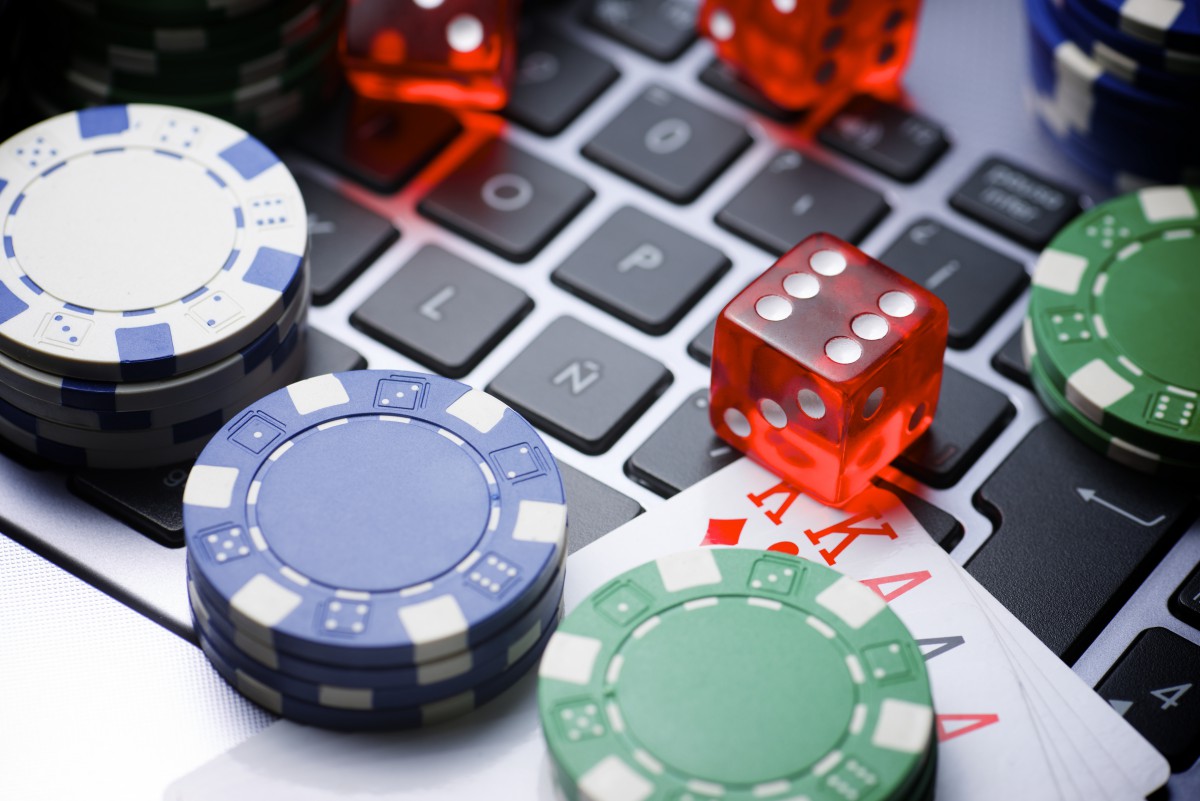 There were some other topics beyond my recent posts I wanted to share. A mashup of ideas. Evgeny shared an article by Bloomberg “The Idea of Negative Oil Prices Is More Realistic Than You Think” and looked at the hedging issue. Keep in mind that hedging is nothing but a bet. I have never been a fan of hedging, it’s paying gamblers to play with your money. Like SEO, SEM, they sell themselves exceptionally well and make their employers pay them rather high salary for what they do. Gambling. Sometimes they win, sometimes they loose.

But keep in mind: The bank always wins.

Video Conference Will Not Replace Flying Oh yes, we all learn to work from home, quarantine ourselves and make the best out of it. Today in the news, former EU Commission President Jean-Claude Juncker expressed the need to read the faces, see who looks at whom, who changes expression or shows signs of nervousness, a twitching eye or nose. a drumming of fingers. All missing in the video conference, making it exceptionally harder to come to a common agreement.

A few days, I got this Conference Call Bingo that I shared on LinkedIn: In short: Why we need aviation. Beyond Corona. This week after the EU 2020 by UEFA got delayed to next year, also the Summer Olympics from the End of July until August were cancelled. If, and that is a big if, so if the situation allows for air travel to be allowed, even aviation experts expect a slow recovery for air travel. Also this week travel managers voiced their concerns, referring to their corporate responsibility for staff safety, security and health. Only the most important flights would be allowed until a vaccine is available – so that would be early next year. Anyone ready for this?

Sharing an article by ch-aviation on staff cuts in the U.K. I did comment about Corporate Social Responsibility (CSR) in time of crisis. Social Responsibility…?
I’ve just got my attention pointed to Virgin vs. British Airways. While Richard Branson keeps posting about staff loyalty being a management issue, Virgin Atlantic asks staff to take unpaid leave. Whereas Alex Cruz is reported to talk to unions already for lay-offs and staff cuts at British Airways. This is just an example, but it shows in time of crisis, how people and companies think. And did we not just learn that “Shareholder Value” and “Dividends” are very bad guides? Still thinking about the last blog article. If we have such a slow recovery, will the airlines saved with government money survive? Or will we just burn more money? German proverb: Better an end with terror than an endless terror (Lieber ein Ende mit Schrecken, als ein Schrecken ohne Ende). It’s translated to something like it’s better to make a painful break than draw out the agony.

In Germany, we are quite well secured for the situation of a job-loss. In countries without such level of social security, it would be important to provide a safety net for all the “normal people” loosing their job. And bring them back into business (work) as quickly as possible. as Gerold Tumulka, Swissports CEO for the Middle East emphasized today, it is vital to keep the good people, to not let them go and risk loosing them. That goes very much along with my above comment about corporate social responsibility.

On the demand by the U.S. airline industry for a $ 50 billion bailout – which they got yesterday – Evgeny commented about bankruptcy being a direct path to a healthy economy. I want to share my comment: Thanks to “good-weather managers” who did not prepare for the next big crisis, who care more about their salaries, the shareholder value and dividends instead of a healthy company (ust like Boeing), we will see bankruptcies and bailouts (Alitalia Società Aerea Italiana S.p.A.).
By subsidizing the weak, you discourage the more effective new ideas. Like airlines and investors shelving any investment in newer, more sustainable aircraft as the fuel prices fall. Why invest. #greenwashing #whitewashing
I do like the ideas about credits – they have to be paid back. And should apply to all, so given a business case, they can survive that way. No business case, it’s just adding to the pile of money to be burned these days.
Most important now is to get a strategic outlook from the politicos and other PTBs on the development. Will aviation be grounded for 3, 6, 9, 12 months or even longer? How long do they want the quarantine to last? The pandemic is out, containment failed. Right now all we know is that we guesswork. And hope. And hope dies last, right?

What I am most afraid of is our elected representatives, the “Politicos”.

First, they messed up as usual, by sitting it out. In America, it’s called CYA. Cover Your Ass. In Germany we call it “Beamten-Mikado” (government employee Mikado): The first one moving looses. After SARS 2003, H1N1 2009 and MERS 2012, the German Federal Parliament (Bundestag) was confronted with a case scenario by German RKI, experts in virus treatment, that ready like a blue-print of todays crisis. Instead to action that and prepare, they sat back, did nothing. A German report is available by German ZDF TV’s Frontal 21 (German transcript). Then the situation that they had ignored for seven years became harsh reality. And they “assessed” the situation, did not do anything … until it was too late and the WHO announced the containment failed. Then they overreacted and shut down the countries for a quarantine to limit the repercussions from their mistakes. And failed to put a lid on vital supplies leaving the country.

Now they recognize slowly the repercussions of their doing. But now they can’t go back without loosing face. And I have not seen the slightest ideas about how they plan to proceed. They are still only reacting and running behind, they have not yet caught up. They’ve not yet taken the time to sit back and think ahead. On how to get out of the mess. Look at the news, you will see I’m right. I’m afraid. A Look at the History

There were two graphs on VisualCapitalist.com, visualizing the History of Pandemics and Black Swan Events. While the one on Black Swan Events is underlined Short-term Crisis, Long-term Opportunity. I do recommend the read, it’s worth it. The latest I heard, Covid-19 seems to come up in line with Swine Flu.

Which is just as wrong as a hysteric panic. While Elon Musk has a valid point too, the cost for the remedy possibly exceeding the cost of the disease. But while we go through just another pandemic and another black swan event, we have a responsibility too try to keep the death toll low. Are the measures taken too excessive? Or too little? Only history will show.

But Donald Trump and Jair Bolsonaro only have their own well-being in mind and don’t care about anyone else. But to deny? People in Brasil stand every evening at the windows bashing pots and pans, even in the areas where he had the strongest support before. Now the virus hit the Favelas.
Trump is afraid of his reelection and after first downplaying it, he had to admit it. Now he blames China – he’s good at the blame game, isn’t he? And wants to reopen commerce in a rush. And pays airlines to keep their staff paid to avoid job losses that might look bad at reelection. How will an increased death toll look Mr. Trump? Maybe the borders to the U.S. will remain shut if you let the virus spread? How will that impact the future of the U.S.A.? As a result of Trump’s denial, G7 could not agree on common Corona Strategy. The U.S.A. becoming a pariah more and more.
Last night, the news broke that in Kosovo Prime Minister Kurti lost a non-confident motion over his attempts to deny a state of emergency for the country. But I doubt that would make Trump or Bolsonaro reconsider. With all that written about Save or not to Save, Believers and Deniers, Optimists and Pessimists, there is one more graph I want to share. It is only an example and I have no input on aviation, but no matter what, the longer this takes, the more severe will the landscape have changed once we start the recovery. A nice case was made today in one of the webinars for my baby KOLIBRIaero. The last airlines ceasing services, in most cases, have been the regional airlines, flying domestically. The first ones to recover will be the short, regional flights. Investors must rethink, now their “common strategies” go bust. Their silo-thinking, focusing on a single aspect of aviation turns out to be a serious weakness. All a very good case on what we had planned for KOLIBRIaero. My constant saying for years: If you want to make profit with an airline, you got to change the game!

On the Bright Side: Clear Skies

Just read today. What happened post 9/11 can be seen worldwide now: Clear skies. And the weather frogs expect an impact on global temperatures as a result of the limited contrails usually reflecting sun… Look Mummy, there’s no plane up in the sky.

I think this is a positive end to another Corona News and Opinions Mashup. Lot’s of